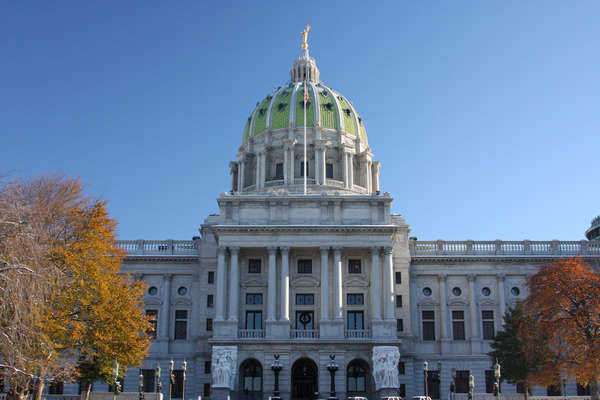 Though the initial circumstances involved in Local Loan Co. v. Hunt's origins may be somewhat banal, by mere virtue of its being heard by the Supreme Court, the precedents set herein are all the more notable. In this case the proceedings began with a defaulted loan. As Local Loan Co. v. Hunt was brought before the Supreme Court in 1934, two major issues faced the court: 1) Is the venue of bankruptcy court sufficient to decide matters such as this? 2) Does a declaration of personal bankruptcy supersede agreements made with creditors on the basis of future wages? On both accounts, the Court ruled in the affirmative.

In its majority ruling, the Supreme Court found that the precedence for bankruptcy court to weigh in on these affairs was well established, and furthermore, that wages which did not yet exist were not an "enforceable lien" by which debtors could be held responsible. Certainly, this had implications for the authority of bankruptcy courts, as well as the protection of individuals' assets in bankruptcy cases. If you need legal advice and assistance, contact bankruptcy lawyers.

As proficient as investment firms and other financial services may be at managing other people's money, this is not a guarantee that they will be able to stay out of debt themselves. The Securities Investor Protection Act (SIPA) governs cases in which investors (sometimes ordinary people) have claims against a brokerage firm that is facing bankruptcy and holds some of their securities. Given this specificity, the Act is notably different from the more broad-minded Chapter 11.

In addition to the creation of the Securities Investor Protection Corporation (SIPC), SIPA outlines the legal processes by which its remedies work and where its authority ends. Along with the SEC, the SIPC works to issue a protective decree on the behalf of individual creditors with legitimate claims to finances previously held by the insolvent broker to grease the proverbial wheels of bankruptcy court, and by this token, to initiate a dialog in bankruptcy hearings (i.e. liquidation proceedings) for the investors' benefits.

Such benefits are generally not valid for higher-ups and partners within disaffected firms, as well as certain classes and maximum values of assets, which often prompts people before the fact to split up their investments or simply not invest that much of their personal worth.

In comparison to the brutal conditions many American troops face in overseas service and combat scenarios, their situations when they return home may not be given much thought and may be assumed to be easy living. On the contrary, our servicemen and women often find it hard to readjust to a normal life after a tour of duty, especially when physical injuries incurred in fighting limit their ability to work. In recognition of these difficulties, the Servicemembers Civil Relief Act (SCRA) was passed in 2003.

Updating the Soldiers’ and Sailors’ Civil Relief Act on the books since World War II, the SCRA seeks to address its shortcomings by featuring more interventions for military applicants, especially those facing problems with their residences. In this regard, the more recent Act allows more freedom to those who served to avoid foreclosure.

Servicemembers may be able to use the SCRA in other key ways as far as their public finances go. For one, the Servicemembers Civil Relief Act includes safeguards for health and life insurance for military families that protect interest rates.

Arguably the most critical set of revisions to U.S. bankruptcy law in the country's history, the Bankruptcy Reform Act of 1978 was a definite turning point in how bankruptcy would come to be regarded by the court system. For one, it provided legal authorization for a separate bankruptcy court on the Federal level with its own judges and trustees.

The latitude of the Federal judiciary to make policies on bankruptcy as a result of the Act was called into question after it became law, but bankruptcy court's identity as an American institution was solidified with congressional amendments to the Bankruptcy Reform Act that made it a subdivision of the District Courts.

If it were not for the Bankruptcy Reform Act of 1978, the Bankruptcy Code itself would be a lot different from the version we recognize today. Of course, some additions to Title 11 came much later, but with the reorganizations of existing statutes affected by the Reform Act, Chapter 11 business reorganization and Chapter 13 individual rehabilitation were breathed into life.

While this may be an overly simplistic comparison, for all intents and purposes, while the Bankruptcy Reform Act made it easier for people and corporations to file for bankruptcy, the Bankruptcy Abuse Prevention and Consumer Protection Act of 2005 (BAPCPA) complicated the application process, especially for those who sought Chapter 7.

The Fair Debt Collection Practices Act (FDCPA), passed in 1978 by Congress to supplement the Consumer Credit Protection Act, confronted the notion that creditors should be afforded unrestricted latitude in getting debtors to own up to their financial obligations, directly arguing against such an assumption. Broadly, the FDCPA tries to limit the shadier and more injurious practices of collections agents in the interest of combating high rates of personal bankruptcy filings, marital strife, unemployment, and violations of the right to privacy.

More specifically, the Fair Debt Collection Practices Act enumerates the various suspect doings of debt collectors and establishes the legal means by which these injustices can be righted. For those who have struggled with debt and the subsequent incessant demands of creditors, some of these underhanded tactics may ring a bell: calling at odd hours or at work, and in a harassing, accusatory manner, using fake identities and other forms of subterfuge to start a dialog with debtors, etc.

As outlined by the FDCPA and the FTC (Federal Trade Commission), there should be retribution for these crimes. Concordantly, through filing of a lawsuit, debtors may be entitled to up to a $1,000 in compensation for the hardship their lenders caused them.