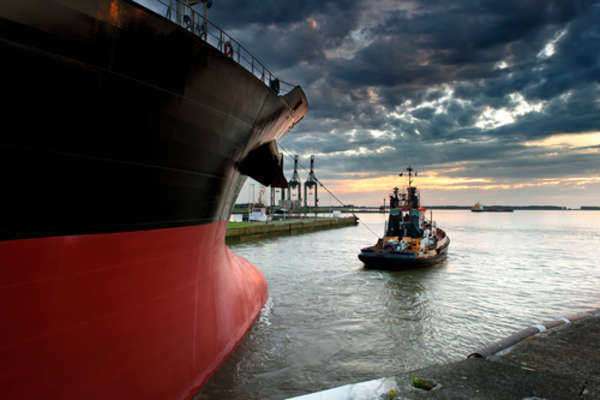 Chapter 12 rehabilitation for family farmers and fishermen is indeed a fairly small portion of United States bankruptcy law, but just the same, it has merit and use even today with over 400 total requests for relief under Chapter 12 a year in this country (which is more than Chapter 9 filings.
Though it may appear to some who are living amidst more industry-minded urban sectors that Chapter 12 is a product of days much gone by, perhaps surprisingly, its permanent addition to the Bankruptcy Code is quite necessary. As with Chapter 11 and Chapter 13 reorganization plans, the goal of Chapter 12 rehabilitation is not wholesale liquidation of assets, but a solution to insolvency that allows debtors to maintain their livelihood while they try to meet the bulk of their financial obligations.
While there certainly may be opportunities for negotiation of existing debts or their discharge outright under Chapter 12, pre-petition debts will not be completely negligible. In fact, part of family farmers and fishermen’s eligibility is a numerical measure of their insolvency. Fishers may not owe more than $1,642,500 to lenders, and farmers may not possess more than $3,544,525 in debts.
Purpose
Given Chapter 12’s fairly recent existence, it might not seem that there is much to consider with regard to its history. To at least a certain extent laws have been on the books since the 19th century that have given weight to farmers’ fight to remain solvent. The Bankruptcy Act of 1898, the first major piece of legislation in the history of American bankruptcy law to address the subject on a national level, mentioned relief for farmers, but only for incomes under a certain dollar amount and only for involuntary filings on the part of creditors.
The economic struggles across the United States during the Great Depression, however, were a catalyst for a reprise of agricultural reform. Laws like the Frazier-Lemke Farm Bankruptcy Act and the Farm Credit Act of 1933 that went into effect during this time were specifically devoted to the needs of farmers.
The Farm Credit Act of 1933 was signed into law by President Franklin Roosevelt and designed as a form of emergency response, authorizing the issuance of loans, refinancing options, and low interest rates to farm owners. Unfortunately for farmers, though, these were intended to be temporary measures, and thus, required renewal to continue to make an impact.
Creation into Law
As earlier laws on relief for family farmers and fishermen were means of counteracting the dire economic circumstances of the times and of the people that suffered through these periods of hardship, Chapter 12 bankruptcy as we know it today was a response to a new time of crisis for these laborers, notably farmers. Following the Bankruptcy Reform Act of 1978, the professions of filers ceased to be recorded as part of census reports.
However, in the wake of the passage of the Bankruptcy Judges, United States Trustees and and Family Farmer Protection Act of 1986, Chapter 12 came into being. Its creation was motivated by a number of factors, including reduced marketability of agrarian products and plummeting land values.
Expectedly, the changes of the Bankruptcy Judges, United States Trustees and Family Farmer Protection Act of 1986, like their predecessors, were  not permanent and required extension to be of continued worth to family farmers. Moreover, benefits to family fishermen were still lacking in terms of the Bankruptcy Code.
With the advent of the Bankruptcy Abuse Prevention and Consumer Protection Act of 2005 (BAPCPA), however, Chapter 12 officially recognized the needs of fishers for debt reorganization/assistance. Most critically, the BAPCPA turned Chapter 12 from a mere crisis intervention measure to a permanent institution and short-term option for relief from credit collections.
Frazier-Lemke Act
The original Frazier-Lemke Act, named for North Dakotan lawmakers Lynn Frazier and William Lemke, limited the ability of banks to repossess farmlands from private owners on the basis of debt incurred during the Depression and re-envisioned how debts in repayment plans should be calculated, making them concordant with their current (at the time) value. In addition, the Frazier-Lemke Act afforded debtors a five-year “moratorium” on the ability of creditors to collect on their investments in farms.
Ultimately, though, the Supreme Court found the Frazier-Lemke Act to be a unconstitutional violation of the Fifth Amendment, unlawfully keeping lenders from their due “property,” which banking standards would seem to confirm. After all, such were the consequences of defaulting on a loan.
Just the same, the circumstances surrounding the Great Depression begged clemency on the behalf of farmer-debtors. Consequently, the Frazier-Lemke Act was reformed as the Frazier-Lemke Farm Mortgage Moratorium Act in ways that were more constitutionally viable and fair to creditors.
The Supreme Court, in its majority decision in 1937’s Wright v. Vinton Branch of Mountain Trust Bank of Roanoke, confirmed the legitimacy of the Act, and likewise confirmed it would be influential in the creation of Chapter 12 down the road, serving as historical precedence.

What to Know About Limited Formal Proceedings