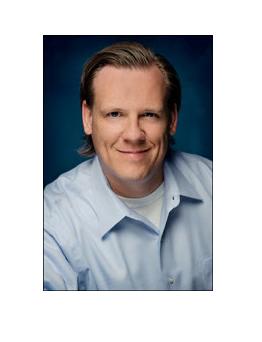 Dallas, TX—For bankruptcy attorney Rustin Polk, getting involved in consumer bankruptcies was simply the right thing to do—but he started out on the other side of the law.

“I started out handling collections cases on behalf of credit card companies who were chasing around people who owed money and needed to sue them,” Polk told laws.com in a recent interview.  “I did that for several years and was being told constantly by these lenders that the people were deadbeats who were intentionally refusing to pay their bills.”

Initially, Polk says he didn't question what the creditors said—but then his experience began teaching him something different.  “I handled hundreds of these cases,” he says.  “I came to realize that for the majority of the cases, it wasn't that consumers were trying to get away with something, they just didn't have any money.  I realized that there were a lot more people in the world who could be helped if I handled bankruptcy cases than were ever going to be helped by me suing them to get a judgment on a debt that they weren’t intentionally dodging.”

As Polk began to practice bankruptcy law on the side of consumers, he says that his perception of human nature began to change.  “I started to see that these were mostly good people going through a tough spot,” he says.  “I filed a bankruptcy for a lady who had an enormous amount of debt because she used to make an enormous amount of money.  Her case was extremely complicated and difficult, but she kept a good attitude about it.  We were able to get rid of all her debt and help her start fresh.”

One of the biggest challenges for bankruptcy attorneys, according to Polk, came in 2005 when bankruptcy reform laws were passed.  “The changes were intended to keep my clients from being able to do perfectly reasonable things that were absolutely legal before,” he says.  “It temporarily chilled what we were able to do, until we were able to figure out all the different aspects of the new laws and how to handle each of the new restrictions … in the end, we can still do everything we could do before.”

For people who are trying to keep their financial future bright, Polk says that “the basic advice that everyone knows—save for a rainy day—is not just a cliché, it's more true than you realize.  When you lose your job or have some other calamity, I can make all of your debts go away, but I cannot put extra money in your pocket.  You still need to be able to buy food and shelter.”

When people are concerned about keeping out of bankruptcy, Polk says that he has a different view to offer.  “My view is that you don't need to worry about avoiding bankruptcy,” he says.  “Pursue your dream, market that business.  If you fail, the law provides a safety valve, and we encourage that.  If you are so afraid of failure that you're not willing to take the risk of starting that business or pursuing that dream, then America suffers.”

Polk sees his own job as helpful to the economy as a whole.  “In our economy, we want people to take risks and start businesses—and if you fail, we have a way to pick you up and get you back on your feet.”

214bankruptcy.com is a service of Polk & Associates, a Dallas law firm that has been around since 1996. If you have financial problems severe enough to warrant filing bankruptcy, we’re here to help.

Be Aware of the Effects on Future Petitions