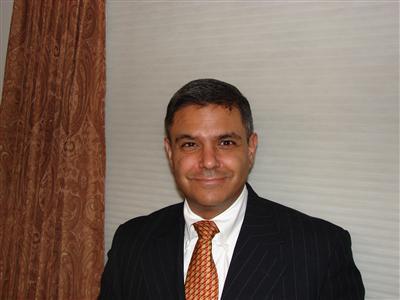 Yonkers, NY—After getting his start at top-ranked Yale Law School, Carlos Cuevas let his strengths decide his career.  A great grade in a bankruptcy law class and new changes to the United States bankruptcy code made his decision easy.  Today, Cuevas works as one of the pre-eminent bankruptcy lawyers in New York.

“I appreciated the subtle nuances of the practice, as well as the rich tradition behind it,” Cuevas told laws.com in a recent interview.  He likens law to medicine, saying that both doctors and attorneys have a general knowledge of their field, but also should have specific expertise in a particular area.

A desire for intellectual stimulation has caused Cuevas to take a number of complex bankruptcy cases.  In fact, he says that he prefers complex bankruptcies to more straightforward situations, because they’re “usually more nuanced.”

Changes to the United States bankruptcy code in 2005, including a means test, were expected to have a significant impact on filers, but Cuevas says that very few of his clients were actually impacted by these reforms.  Today, he says that the economic crash in 2008 has created a large need for bankruptcy attorneys, because many people have experienced unemployment or a significant loss of income or equity since the recession began.

Cuevas’s clients face new challenges in 2013.  According to him, today’s biggest challenge can actually come just from getting bankruptcy cases confirmed and completed at a time when up to two thirds can end in failure.  “Primarily, bankruptcy was used to prevent someone from losing their house, now many people are in trouble because their house was already in foreclosure,” he says, which limits the options consumers have for being able to hold on to their property.

Consumers today who want to avoid bankruptcy, Cuevas says, should “live within your means, invest in education and retirement.”

Even young people who are just getting started can make themselves less likely to file bankruptcy, according to Cuevas.  The answer can be as simple as going to the right school.  “People need to be more realistic about their academic pursuits,” he says, noting that the price of higher education is “out of control.”

“Be sure about what you want before taking on a student loan, and state schools need to be made into a more appealing option.  The lack of funding for state schools has caused a drop in math and science majors,” Cuevas says.  He suggests that reforming the bankruptcy code to allow students to discharge student loans would not be good for bankruptcy law, and that instead the government should work to find a better mechanism for funding higher education.

For new attorneys or law students who are considering a career in bankruptcy law, Cuevas says that there’s no substitute for watching experienced practitioners.  “Every lawyer should visit the Supreme Court and sit in for an oral argument,” he says, noting that it’s also critical for every new attorney to find a good mentor who can give professional guidance.