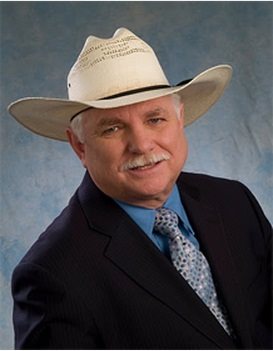 Sacramento, CA—When it comes to choosing clients, bankruptcy attorney Gary Fraley knows whose corner he wants to be in.  “I long ago phased out everything that was not bankruptcy,” Fraley told laws.com in a recent interview.  “I do Chapter 7's, I do Chapter 13's.  I do not represent the fat cats, the big corporate interests.”

Fraley has now been working in bankruptcy law for over 34 years, and he says that this focus has meant a commitment to people, rather than profits.  “When you represent poor people, you don't get rich,” he explains.  “If you're honest, and you do the job right, there's a huge amount of overhead.  I didn't go to law school because I wanted to get rich, I went to law school because I wanted to help people.”

Being a California State Bar Board of Legal Specialization Certified Bankruptcy Law Specialist and one of the best consumer bankruptcy attorneys in Northern California means a commitment to continuing education, both formal and informal, he says.  “If I can't be the best at something, I won't do it.  I hone my skills, I spend two to three hours a night, I'm on 13 attorney blogs answering questions and asking my own questions,” says Fraley.  “If somebody says that they know it all—doesn't matter what field they're in—run in the other direction.  The more you know, the more you know you don't know.”

The biggest mistake clients make in filing for bankruptcy, according to Fraley, is waiting too long to get in touch with an attorney.  It can be difficult for many clients to know when a lawyer could help them, which results in unnecessary delays.  “The average client comes in two years too late,” he cautions.  “They've done everything they could to pay their debts.  They've liquidated their retirement accounts, now they come in and have a huge tax liability and still have 80% of the debt.”

Making it even harder for clients, says Fraley, is the fact that reforms implemented in 2005 have made it more difficult to file. However, most people do end up being able to file, it just cost more and is more complicated. “My fees are probably twice what they were in 2005.  What happened in 2005 was, the credit industry proved we had the best Congress and President Money could buy.  They rewrote the bankruptcy laws to benefit them,” he says.  “'Alice in Wonderland' has more to do with reality than the bankruptcy code.”

Student loans have also had serious effects on clients.  Fraley says that in order to get a student loan discharged, “you probably have to have one foot in the grave, with no ability to ever be able to pay anything.  We have more student loan debt than credit card debt in the United States, but it's almost impossible to get rid of.  There are some things that are totally an abuse of people, and the student loans are frankly an abuse.”

“People were sold on these student loans because they would get a good job at the end. That turned out to be smoke and mirrors. Now they have no job to pay the loans and working at the burger joint doesn’t cut it.”

Some parents sign for federal PLUS loans, which are not dischargeable in bankruptcy.  Fraley says that too many of these parents are then followed by these loans for the rest of their lives.  “I tell people, do not sign for a loan that's going to follow you to the grave.”

While helping individuals is important to Fraley, he says that his experience has taught him that there are some clients who aren't worth representing.  “I'm willing to work for the majority of people who come here.  But if someone comes in for an initial consultation and I think that they are dishonest and are going to try to hide things from me and the court, I show them the door.  It's not good business practice, but I don't want to represent people who lie, cheat, and steal.”

For over 34 years Fraley & Fraley, also known as the Sacramento Bankruptcy Attorney Law firm, has been solving financial problems for clients in the Sacramento Valley and throughout Northern and Central California. Gary Fraley and his firm have helped people get the fresh start they need. They can do the same for you.