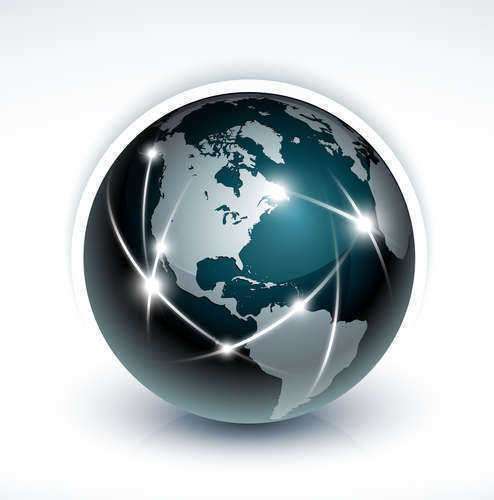 Inflation
Inflation, often measured by values on the consumer and producer price indices, analyzes the costs of consumer goods and services over time. Inflation is commonly characterized and mediated by a flooding of the money supply with paper and coinage of compromised worth and a concomitant weakening of the consumer’s very ability to consume because of this.
In severe cases, known as hyperinflation, the rate of inflation will grow somewhat exponentially until some crisis intervention strategy is effected. Potentially, this interest rate may be millions of times or more above the norm.
In actuality, a small amount of controlled inflation per year (less than 5% the current market price) is actually encouraged by analysts as a means of stimulating the labor force. Aside from hyperinflation, though, inflation presents quantifiable dangers to the personal and national economies. Very directly, prices will go up severely as a result of inflation. Moreover, these high prices will mean greater responsibilities on the part of customers to foot the bill for employee wage increases, assuming those workers are kept on at all.
Deflation
As somewhat of a complement or foil to inflation but still its own entity, deflation is not to be confused with disinflation, or inflation at a slower rate of inflation relative to previous measurements. Deflation, is the lowering of prices and raising of the purchase power of currency in circulation.
Literally, it is a negative version of inflation. Deflation occurs at a Federal level, as the cost reduction is reflected in the consumer price index and the PPI. However, this does not preclude deflation from happening at a more personal level, namely to the deflation of value in one’s secured assets, known to some as debt deflation.
Debt deflation, as some theorists term it, also refers to the dynamic at work between the two namesake forces. With less revenue coming in to producers as a result of deflation-induced low prices, producers become larger debtors as they cannot use production to cover deficits like they once did, and may have to file for Chapter 7 or Chapter 11 Bankruptcy.
Money Supply
Regardless of whether money supply is a cause or solution to the nation’s problems with inflation and deflation, there is no doubt that the two are fundamentally linked. Money supply, as the name implies, is the sum of all money available for public consumption in an economy.
However, it should be stressed that this does not only apply to bills and metal coins. On the contrary, a number of different monetary instruments fall under the umbrella of “money supply,” including Federal Reserve funds and bank reserves, deposits made with banks, securities, and other forms of credit.
Just how important money supply is in regulating inflation and deflation is hard to determine. Many would say the monetary policy of a nation like the United States is more vital and influential than that of the numbers attached to monies in circulation. After all, monetary policy is the primary determinant of how much money is released into the public domain, and by proxy, the national interest rate.
Whatever the case, monetary policy must be effected with a mind for providing the right balance between inflation and deflation. Again, inflation or deflation, carefully monitored, can have a stimulating effect on the economy rather than suffocating it.
Exchange Rate
The impact of debt to foreign nations and the rate of exchange in currencies on inflation and deflation would seem to be minimal at first, but it is hard to discount the fact that that we are trillions of dollars in debt to the rest of the world, especially considering trade and the trading of securities are such big markets.
To be sure, for the United States, as an example, the relative value of the dollar alongside those currencies of other nations may affect our ability to compete in the foreign market positively or negatively and, in turn, trends toward inflation and deflation on a domestic level. For lesser countries and currencies, meanwhile, the effects of these phenomena are likely to be even larger, to the extent these nations may even forsake their own denominations in favor of more established, less risky units like the American dollar.
Overall, the nature of the exchange rate makes it so risk is never altogether unavoidable. Logically, the values of currencies in foreign exchange are variable and are the product of speculation on the health of the economy and government that issues the money. That said, the day-to-day or other period-to-period measurements of this data will likely be more of a concern to consumers than government officials.
This is to say that the exactitude of the exchange rate may be more relevant to the individual traveler abroad or the corporate businessperson than it does to the producer/government unit that plays a role in shaping the exchange rate.