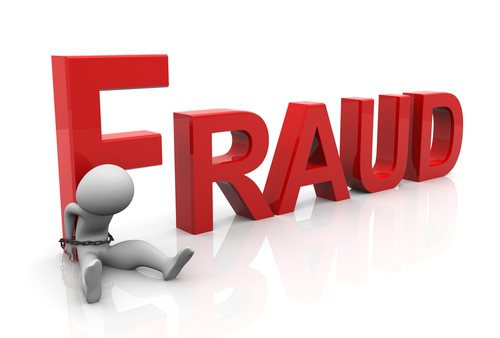 It may not initially seem like bankruptcy fraud is a serious problem facing the United States. Especially if one is removed from the whole arena of bankruptcy, he or she has probably never even thought about filing for bankruptcy legally, let alone unlawful declarations of bankruptcy.
Nevertheless, considering the high numbers of Americans filing for personal bankruptcy in recent years, as well as the amounts of money and shareholders/employees that may be affected by the crooked practices of corporate debtors, fraud investigation is a major mission of the Federal Bureau of Investigation and other organizations. In short, bankruptcy fraud is something to take seriously in bankruptcy cases, and thus suspicions of such wrongdoing with adversary proceedings may have serious implications for applicants.
The following are notes on the prevalence of fraud investigation in United States bankruptcy courts:
Bankruptcy fraud is by no means exclusively a white-collar crime, as any petitioner may be guilty of misinforming creditors and the trustee. Nonetheless, the examples of Chapter 11 filers that have engaged in crimes and have thus resulted in adversary proceedings and fraud investigation have all the more resonance because of the size of the corporation involved and the extent to which these companies aimed to deceive authorities and the public (e.g. the Enron fiasco).
It is thus no wonder that the FBI, SEC and other prominent governmental subsets are so aggressive in trying to stamp out bankruptcy fraud. What’s more, the fraud investigation for evidence of illegitimacy in filing for bankruptcy often turns up signs of other misdeeds. Familiar crimes tied to fraud in bankruptcy include corruption, identity theft and money laundering. As there are many catalysts for the onset of adversary proceedings, bankruptcy fraud may manifest in a variety of different ways.
As fraud investigation results have taught us, however, certain fraudulent activities are more common than others, and therefore, are that much more dangerous. One frequent embodiment of bankruptcy fraud and grounds for prosecution is known to most experts as “concealment of assets,” which is a deliberate refusal to list assets that may be sold and distributed amongst creditors.
Another instance of fraud that is all too present in corporate debt adjustment is the occurrence of multiple filings of bankruptcy. Certainly, this applies not to legal repeat filings with the same court over time, but numerous concurrent applications in more than one state and perhaps even more than one alias. Fraud investigation within the sphere of bankruptcy, as noted, is a pressing concern for the U.S. federal government.
With so many cases on the national docket each year, however, and potentially hundreds of claimants per Chapter 11 case, the scrutiny to which this investigation must be subjected is a major undertaking in its own right. In truth, average citizens may not be able to be much help in detecting bankruptcy fraud, but nonetheless, if they or any other third parties have information regarding possible infraction of the rules by the debtor, they are encouraged to report as much.
The Office of the Trustee (or in select instances, the state bankruptcy administrator) runs a hotline whereby individuals may call in to report details on a miscarriage of bankruptcy belief, and what’s more, are assured their anonymity in the process.

Quick Guide to Sale of Assets